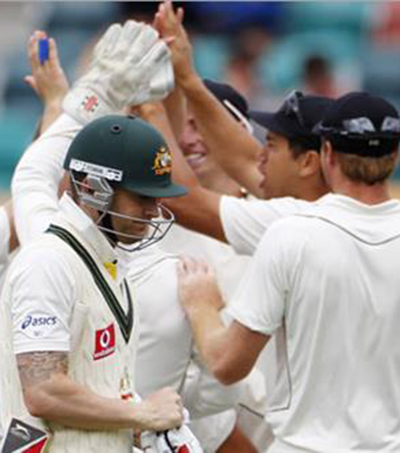 Negotiations are moving closer to make the first ever day-night test cricket match between Australia and New Zealand official.

Adelaide and Hobart are battling for the honour of staging the first ever Test cricket day-night match, during the Black Caps tour of Australia next summer.

Cricket Australia chief executive James Sutherland said today the traditional Boxing Day Test at the MCG and the New Year’s Test at the SCG would continue to be played as regular day Tests because both are slotted into the holiday period.

“We’re very open to the idea,” White said. “Maybe one (day-night) game in a (Test) series, in non-holiday time.”

White said if the debut day-nighter proved a success if would enhance the prospect of New Zealand hosting one in the future.

Both CEO’s pointed out that cricket has been loaded with innovations since the first test match in 1877.

“What we’re very conscious of is we are operating in the entertainment sector,” he said.

“We are looking to create as many opportunities as we can. In various parts of the world test cricket needs a bit of a legup.

“If there’s things we can do to make it more popular that is our ultimate aim, because the last thing we want to see is test cricket withering on the vine.”

Story originally published on The Australian.