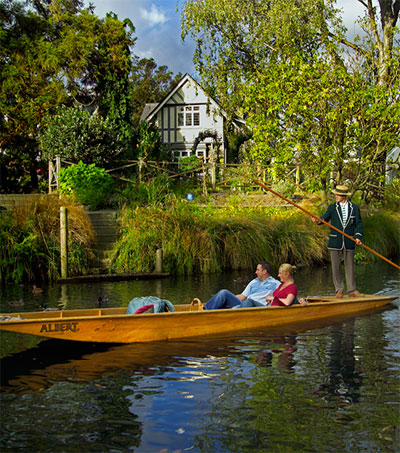 Disembarking in Christchurch after a TranzAlpine rail journey through “knockout” landscapes, Economic Times reporter Charukesi Ramaduri says that though there are signs of the devastating earthquake of 2011 everywhere, it is equally clear Christchurch is recovering with aplomb and moving on.

“Christchurch is an absolute delight; New Zealand’s second largest city after Auckland, but with all the languid charm of a small town,” Ramaduri writes.

“I am stopped on the street by a lady from the local tourism board doing a survey on current visitor perceptions of the city. They are keen on having people back and want to know what will make that happen. And later, during a ride around the buzzing city centre on a heritage tram, I chat with Richard, the driver, a former government official who took this job after retirement. ‘It was my way of doing something for the city afterwards,’ he says in what is yet another reference to the earthquake.

“Christchurch is the most English of New Zealand’s cities. For one, the city owes its name itself to Christchurch College in Oxford. And the Avon River that runs through it, punting included, to its namesake back in England. Then there are the parks scattered across, lush and green, inviting walkers and runners. Everywhere, we see people – locals and tourists – out enjoying the last few sunny days of the year, before winter sets in.”