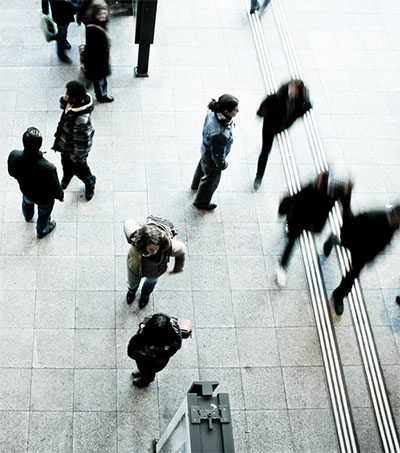 Chit-Chat Flows Easily in NZ but Does It in Europe?

“In New Zealand, small talk flows so easily, a ceaseless background banter you become inured to and engage in unthinkingly. And it often goes so much deeper than exchanging shallow pleasantries,” Guardian journalist Eleanor Ainge Roy reports in an opinion piece discussing how those pleasantries go down  in Europe.

“Squeezed on sweaty trains in the London Underground, I’d smile at my fellow passengers if our eyes met, only to be frozen out with a quick, averted gaze,” Roy writes. “Ordering coffee in Kensington, I’d ask the barista if he’d enjoyed the Serena-Murray pairing, the cricket, and just what’s up with this heatwave, eh?

“‘Yeah, I don’t know,’ was the usual monosyllabic reply.

“Aimless chit-chat isn’t a friendly overture, as I understood it, but an unwarranted interruption, even a rude and misguided assumption that you’re entitled to someone else’s time, space and conversation.

“[In New Zealand] A casual enquiry of ‘how’s your day been?’ at the supermarket can be greeted with unhurried tales of a mother just admitted to a hospice, a baby who won’t sleep or a husband who has been posted overseas for too long.

“Chat isn’t just chat in New Zealand, it’s connection, possibly the only social interaction of a person’s day, if they are isolated, out of work or lonely. I have been all of those things, and I have valued casual exchanges as proof that I’m still human, still worth talking too, when my feelings and mind seem to be telling me otherwise.

“Early immigrants to Australia and New Zealand were often attracted by the prospect of a more egalitarian, classless society – a society where the prime minister shares a cup of tea with the plumber. It’s not true to say New Zealand has achieved this ideal. But it may be more true here, more of the time, than for many of our western neighbours.

“After a month in Europe, we flew back to New Zealand, back to work and early nights and pets. As I stood in the duty-free shop, browsing the bottles of whisky, a ruddy-faced Otago farmer ambled up.