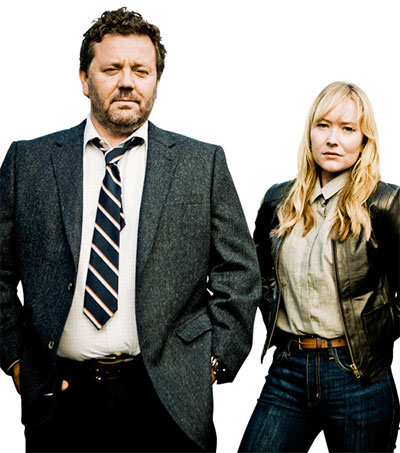 The Brokenwood Mysteries a Hit in France

New Zealand’s murder-mystery television series, The Brokenwood Mysteries, is a hit in France and was the second-most watched show on French TV on a Tuesday night with 3.7 million viewers.

On Bastille Day it out-rated coverage of The Paris Concert.

A spokeswoman for producers South Pacific Pictures said: “The series looks likely to overtake the internationally mega-successful The Almighty Johnsons on the international stage. It definitely has something to do with the genre, but we also feel the French would find the scruffy New Zealand countryside comforting and a good comparison to rural France.”

The series, which stars Neill Rea and Fern Sutherland as Detective Inspector Mike Shepherd and Detective Kristin Sims, is dubbed into French, but that doesn’t bother Sutherland, who was also a core cast member in The Almighty Johnsons.

“It’s so cool seeing myself dubbed in French,” Sutherland said. “I want to high-five the voice-over artist. It has inspired me to pull finger and learn the language of love for real and then live out the rest of my days as a French actress as God intended.”