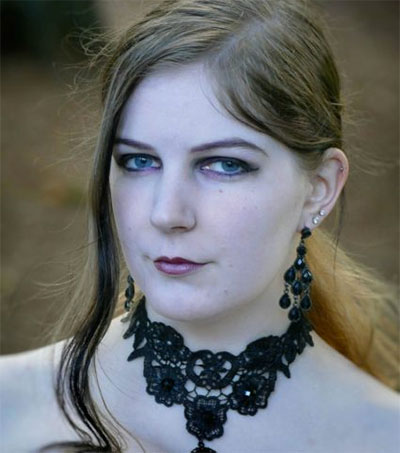 Originally from New Plymouth, Sullivan says she loves black – it’s a happy colour to her.

She does admit she’s a bit skittish in the dark.

While she admitted to finding beauty in eerie nighttime nature and human skulls, Sullivan said to be Goth was to appreciate the ugly and the creepy.

“It’s the acceptance of beauty in darkness,” she said. “Gothic is a lifestyle; it’s music, dance, literature.”

The year-long position at DarkestGoth was unpaid, but Sullivan was thrilled at an opportunity to lead a group she belonged to.