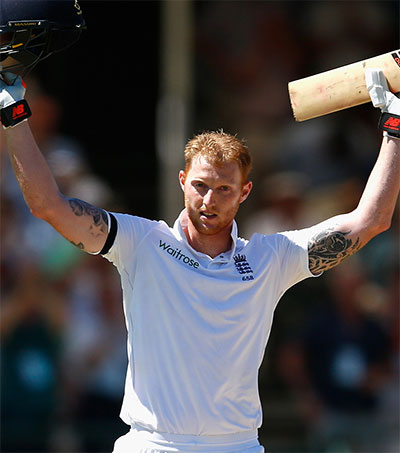 New Zealand-born cricketer Ben Stokes’ “stunning” 258 runs for England at Newlands in Capetown broke a host of records in early January, including the second-fastest double century, and helped raise the spirits of flood-hit Cumbria, 10 years after he helped Cockermouth Cricket Club win the Premiere League title.

Stokes’ former colleagues at Cockermouth Cricket Club never imagined they had a future superstar in their midst when he played for them a decade ago, but now believe the England ace has the potential to become the greatest all-rounder the game has ever seen.

Minshaw believes Stokes could go down in cricketing history if he can continue to produce the kind of innings he did against South Africa, which came off just 198 balls.

At the close of the match, England declared 629-6 against South Africa, with Stokes also hitting 30 fours and 11 sixes – the most maximums ever hit by an English player in one Test innings – and he collected the highest individual score for England against South Africa.

Minshaw said: “He reminds me very much of Ian Botham, who was my idol when I was growing up because he was destructive, but even [Stokes] has surpassed that with his innings. It just looks like he’s playing on a Cumbrian field against amateur bowlers and just basically whacking the ball all over the place.

Cockermouth are understandably proud of the role they played in Stokes’ development, with the Christchurch-born all-rounder playing for the club for three years from the age of 12 before being picked up by Durham.

Minshaw also believes Stokes’ achievements for England will help bring some cheer to a community that has been badly hit by the devastating recent flooding in the region, with Cockermouth currently trying to raise funds to help repair the damage done to their facilities.

Ben Stokes was born and raised in Christchurch, New Zealand. He moved to England aged 12 after his father was appointed head coach of Workington Town rugby league club.