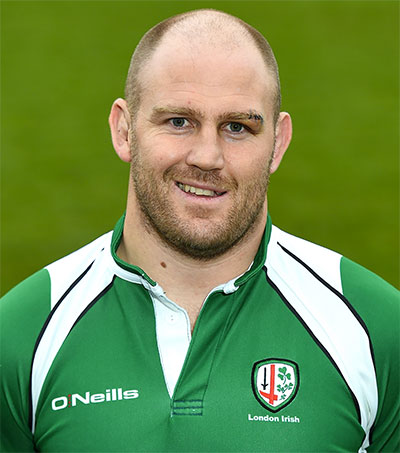 Ben Franks, 31, knew what he was getting himself in for when he joined London Irish. The double World Cup winning prop from Christchurch received far more lucrative offers from French clubs, but he wanted to play in England and he wanted a challenge.

And that’s exactly what he has got since arriving at the Madejski Stadium. Just a couple of months on from playing his last match for the All Blacks in the World Cup final, Franks played in another match loaded with pressure but stripped of all the glamour and garlands when London Irish hosted Newcastle in the basement battle of the Aviva Premiership.

Has Franks ever regretted his decision to turn down the lure of the Top 14?

“Not for a second,” Franks told the Telegraph. “You don’t get growth by doing things that are comfortable. You only get growth by going outside your comfort zone. What would I have achieved if I just went to a team that was already great. I would just be another number of a person being rotated every three-to-four weeks.”

It is not the first time that Franks has abandoned a winning environment. In 2012, he left the Crusaders, where he won two Super Rugby titles, to join the Hurricanes. In his first season, they finished low down the table but he departed having reached another Super Rugby Final and is quick to draw the parallel with this Irish team.

“The Hurricanes was very similar when I turned up,” Franks said. “The guys were working very hard but were not always working smart and not putting in that 80 minute effort. Over time and with repetition, you build that belief and good habits.

“That’s when you start building consistently and getting better performances. Consistency was a big word we used at the Hurricanes and it is a word we could use a lot here. What we are doing Monday to Friday is a lot more consistent, but what we need to bring more of that through on the weekend.”