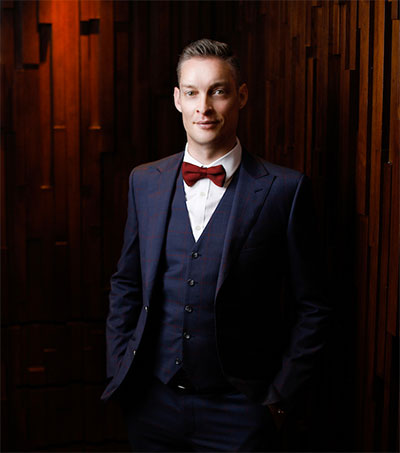 New Zealand-born bartender Andy Griffiths has moved to Singapore to join new bar Idlewild as head of operations and creative.

Taking up the position when Idlewild opens on 20 February, Griffiths will be responsible for everything from drinks creations to music programming, ensuring every aspect of the bar gives consumers an experience akin to that of the Golden Age of travel from the 1940s through to the 1960s.

“Having travelled extensively throughout my bar career, the concept of air travel in its heyday is one that has always intrigued me,” Griffiths told Drinks World. “Now that I have made Singapore my new home, I am excited to embark on a new journey with my team at Idlewild. We can’t wait to show you what we’ve dreamed up.”

In his most recent position, Griffiths worked as head of mixology at The Speakeasy Group in Australia, which owns the likes of Eau de Vie, Boilermaker House, Mjølner and Nick & Nora’s.

Griffiths has also worked as cocktail curator at Melbourne’s Cookie and was named global cocktail champion and brand ambassador for Angostura in 2011.

He was also nominated for the ALIA (Australian Liquor Industry Awards) Australian bartender of the year accolade in 2018.