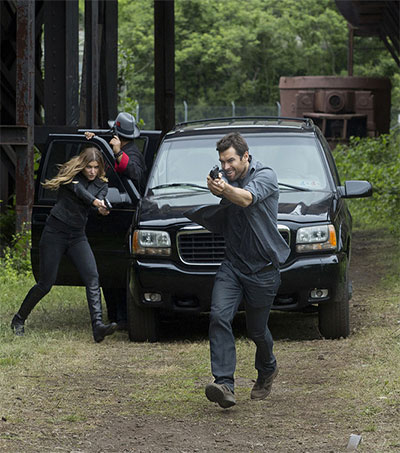 Fans of Cinemax’s highest rated original show Banshee are on the edge of their collective seats to see just where the show’s central figure – played with a combination of extreme grit and deep-rooted sensitivity by native New Zealander Antony Starr – winds up as he goes off the grid to help solve the final season’s central serial-murder mystery. Digital Trends spoke exclusively with Starr, 40, ahead of the show’s closing episode on 22 May.

Starr says season four was an interesting season to do because it was much more introspective.

“It’s less externalised,” Starr explains. “I think seasons one to three were all about [ex-con] Lucas [Hood] trying to find his place in the world, and season four is really about him trying to find a sort of reconciliation with himself, and whether he belongs in the world at all. It’s an interesting season from that point of view.”

Starr says his favourite Lucas Hood moment of the entire series is when Hood and a gun contemplate their future in series four, episode one.

“I won’t say anything more than that,” he says.

“I gotta be honest – it’s the hardest show I’ve ever shot. I’ve never done anything like it. It was a hyper-masculine environment where the action stuff was really draining, but then the next day – or even later on the same day – there would be an intense emotional scene, which is also really draining.

“Banshee was a great thing to be a part of.”