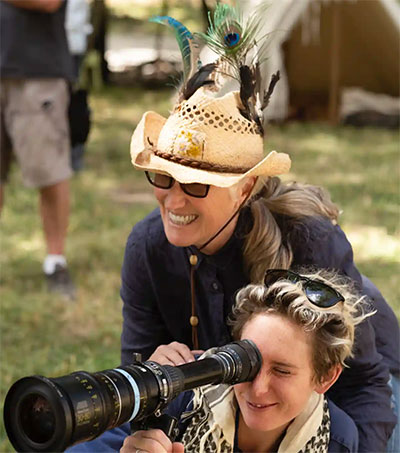 Ahead of the Baftas and Oscar ceremonies later this month, New Zealand film director Jane Campion and her director of photography, Australian Ari Wegner, discuss their nominations, filming through the pandemic – and what it’s like for a woman to make a western with The Guardian’s Catherine Shoard.

They pair are in London on an awards push. Does The Power of the Dog need it? Not really, Shoard writes. It has 12 Oscar nominations, the most of any film this year, and few would bet against it winning picture, director, cinematography, score, adapted screenplay, editing and more besides.

Shoard asks Campion about making a western – one concerned with definitions of masculinity – as a woman.

“I got a lot of comfort realising it’s a very subversive piece of work written by a gay man who was secreted on a ranch,” Campion says.

The Power of the Dog is on Netflix. The Baftas are on 13 March and the Oscars on 27 March.

Tags: Guardian (The)  Jane Campion  The Power of the Dog