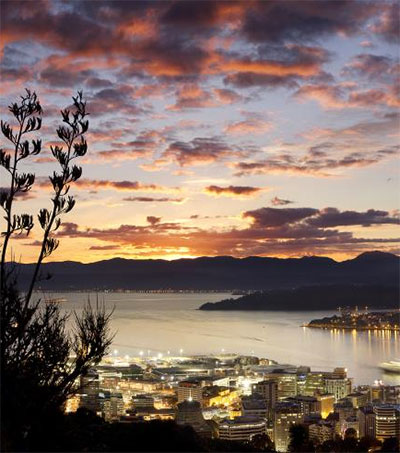 Australians Are Flocking in Droves to Wellington

In the three years to 2015, the number of Australians moving to Wellington has spiked by 86 per cent, and the flow of expatriates last year reversed direction for the first time in more than two decades, Dana McCauley writes for news.com.au.

There are now more Aussies moving to New Zealand than vice versa, many of them lured by start-ups offering pay cheques that stretch a lot further than they would in Sydney or Melbourne.

Among them is Dan Ferguson, 40, who moved to Wellington from Sydney six months ago after being poached by eBay rival Trade Me, an ASX 200 company that’s one of New Zealand’s biggest success stories.

“When you arrive somewhere that you can live incredibly close to work in a place that has water views for at least half the price of what you’ve expect in Sydney, it’s game changing.”

There’s no payroll tax or capital gains tax, companies pay just 28 per cent and the top personal tax rate is 33 per cent.

It’s all part of the drive to grow exports to 40 per cent of New Zealand’s GDP by 2025, moving away from reliance on primary industries like meat, dairy and wool farming.

And it’s working, with 54 NZ companies featured on Deloitte’s Fast 500 Asia Pacific list last year, 13 of them in Wellington.

By comparison, Australia – with a population more than five times New Zealand’s 4.4 million – had 80 companies on the list.