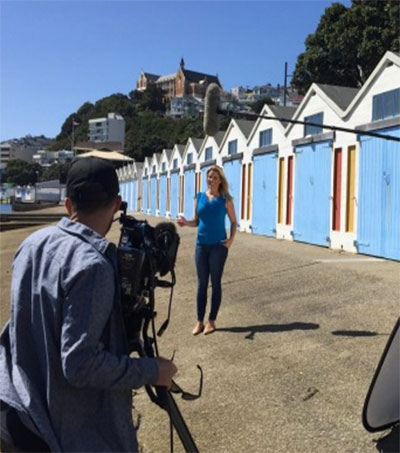 Wellington’s “amazing culture, incredible creativity, and beautiful food” was recently showcased to one million Australians on Explore TV, which aired in January on Channel Nine across Australia.

During an episode dedicated to Wellington, presenters Trevor Cochrane and Caty Price dished out high praise for the capital.

“Usually we dedicate an episode to an entire country, and in the past we’ve travelled across New Zealand for this TV series, but in this case we had just as much of a challenge packing all the incredible activities from just the one region,” Radics said.

Wellington’s breadth of activities and proximity made it an inspiring, easy and great value destination for Australians, she said.

Direct arrivals of Australian visitors via Wellington Airport increased by 9 per cent in the year to October 2015, helped by the establishment of new air services from Melbourne and the Gold Coast.