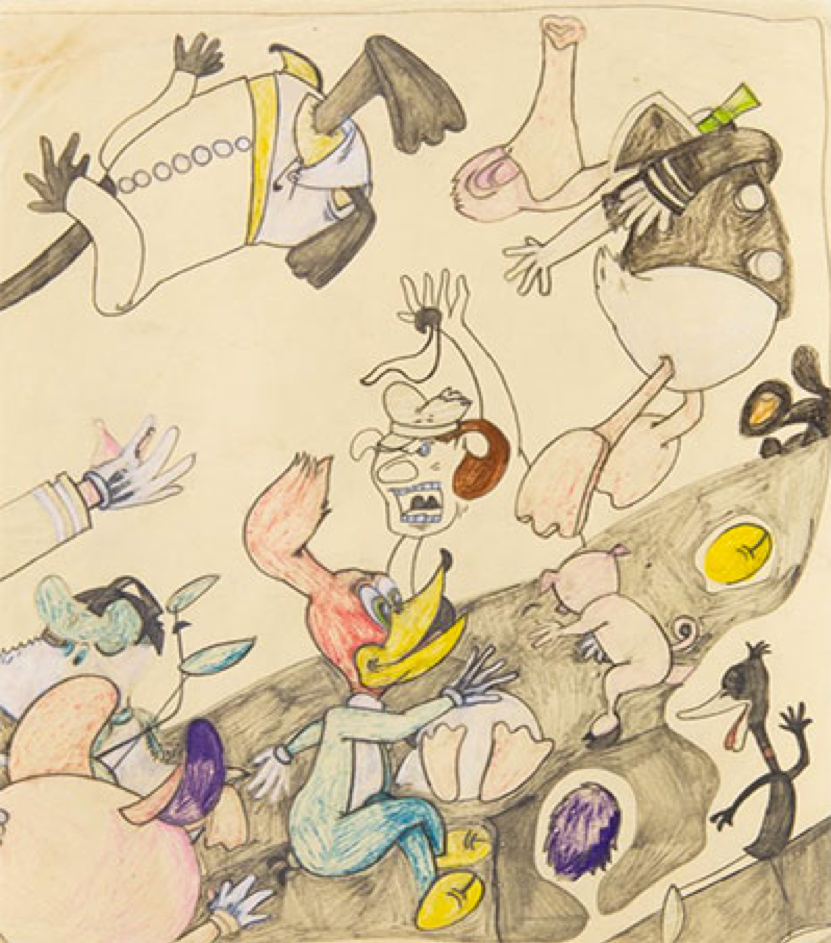 The term “outsider artist” is big enough to include a creative person without classical training – and a silent artist, New Zealander Susan Te Kahurangi King, 68, who communicates only through the mysterious pictures she makes. A dual art show at Chicago’s Intuit gallery looks at works by artists from across the world.

“Susan was one of 12 children and she began creating art at a very young age, received much support from her family. She quit speaking by the age of eight and so we’ll never quite know exactly the meaning behind each individual artwork,” Amick says.

“Coupled with these wonderful drawings we have the archives of her sister, Petita Cole, who has begun collecting works that relate to Susan’s life and artwork.”

Intuit’s Laura McLeod Friedman says the gallery spoke to King’s sister about growing up with a unique sibling, Petita Cole at first in rural New Zealand.

“There wasn’t really a school for Susan in the small town because she had special needs,” Cole told them. “There was no diagnosis but she was a little different – she couldn’t talk though she was talking prolifically as a 3-year-old. In order to address Susan’s educational needs, the family shifted to Auckland.

“She keeps to herself. She draws in the background, and we always know they’re great drawings but there’s not really any or very little if any interaction.

The exhibition Susan Te Kahurangi King: 1958-2018 is on at Chicago’s Intuit, The Center for Intuitive and Outsider Art, until 4 August.