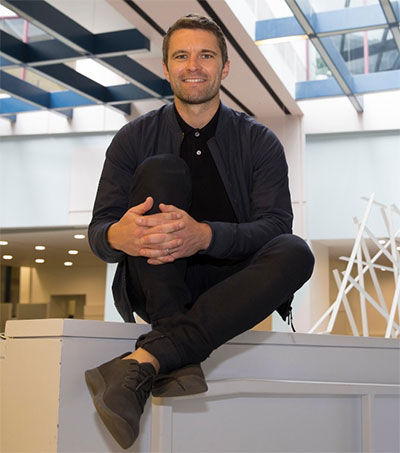 New Zealander Tim Brown, 38, didn’t have the typical resume of a hotshot Silicon Valley entrepreneur when he co-founded his shoe startup Allbirds in 2016, but he knew firsthand how to put together a great team. Inc. reporter Cameron Albert-Deitch examines Brown’s skills in group dynamics.

Brown spent 17 years as a competitive soccer player in New Zealand and the US, Albert-Deitch writes, including 30 games with his country’s national team and a 2010 World Cup roster spot. For many of those appearances he served as the team’s captain or vice captain.

So, when it came to building culture at his now three-year-old San Francisco-based shoe startup, Brown didn’t copy any entrepreneurial heroes. Instead, he set out to replicate the type of culture that helped his team qualify for soccer’s biggest prize. “I’ve had to lean on this professional sporting experience because I didn’t have anything else coming into this,” he says.

The result is a company culture where employees are expected to eschew ego and embrace opportunities for discussion of decisions both large and small. That starts from the top down: The company has co-CEOs – Brown and co-founder Joey Zwillinger – rather than a single chief executive.

Brown says culture has been a major factor in Allbirds’ business growth as well. The company generated US$100 million in total revenue over its first two years, which led to a reported US$1.4 billion valuation in October 2018. It now counts more than 350 employees, up from 150 last December.

Brown’s top three lessons – from both his playing days and the startup experience he’s gained since – on achieving a positive team dynamic are: Highly value your lowest-rung employees, foster a self-led culture, and break big goals into small chunks.