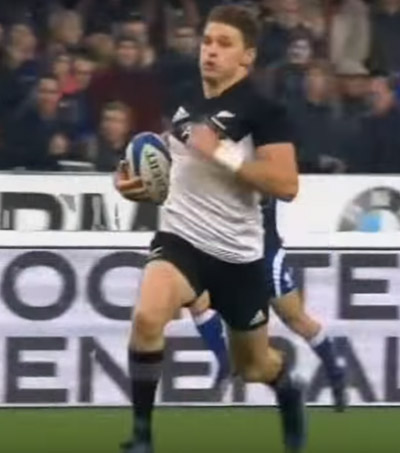 “World player of the year Beauden Barrett helped stretch New Zealand’s winning streak over France to 10 games with a hard-fought but ultimately comfortable 24-19 victory on Sunday (AEDT),” as reported in an article on Fox Sports.

“The victory rounded off an incredible year for the All Blacks, the team having notched up 13 wins in 14 matches as well as taking the Rugby Championship title with two rounds to play, and also equalling the record unbeaten streak of 18 games, started in 2015.”

“This time of year is a tough time – we went around the world twice in nine weeks, nine time changes in seven games, so the boys did well,” said All Blacks coach Steve Hansen, as reported in the New Zealand Herald.

The last time the team played France, France went down 62-13 in the quarter-finals of last year’s Rugby World Cup. This time, the visitors were made to work for their victory.

“Our scrum did well and our lineout was outstanding, I thought. To lose Brodie [Retallick] to a calf injury… we’ve found a goodie in Scotty [Barrett], he’s come on and done a great job. Sam Whitelock has been great all year, along with Reado, so very happy,” said Hansen.