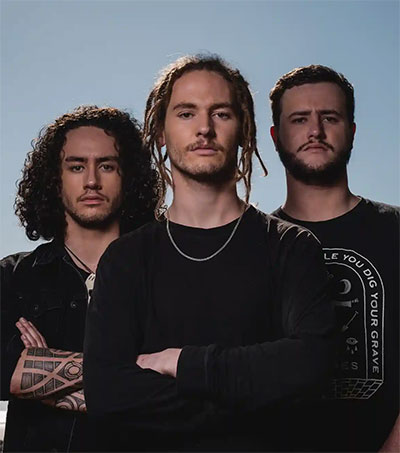 The New Zealand metal band Alien Weaponry have gone global thanks to their forthright Māori-language songs, which confront colonial history and ongoing inequality, Matt Mills writes for a feature in The Guardian.

Once named “the hottest young metal band in the world” by Metal Hammer, Alien Weaponry played their first show when brothers Henry and Lewis de Jong were just 13 and 11. In 2017 – barely in their mid-teens – Alien Weaponry went viral, transcending metal’s underbelly not only by making confident, stomping anthems but also by singing in Māori.

Alien Weaponry have long been writing songs that are enlightening stories of a culture’s customs and persecution. Their breakthrough track, Rū Ana Te Whenua, narrates the Battle of Pukehinahina, as the de Jongs’ dad did to them when they were kids.

Despite Alien Weaponry’s anti-imperialist venom, the de Jongs are optimistic. Henry spies glimmers of hope in the premiership of Jacinda Ardern, who, he says, has “solidified more Māori ideologies in government, while other governments have been very businesslike and ‘western’.”

Alien Weaponry, made up of the de Jong brothers and Tūranga Morgan-Edmonds, is currently supporting French band Gojira on their US and European tour.