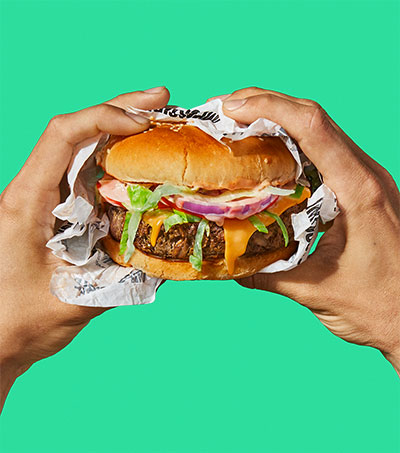 Famous chefs have said they’d never eat on a plane, and airline food in general has a bad reputation for not being healthy (or good). But passengers may look forward to their meals on top rated airline, Air New Zealand. In July, the international airline partnered with Impossible Foods, to serve a plant-based burger on twice-daily Los Angeles to Auckland flights. It is the first airline in the world to serve the burger.

“We picked Air New Zealand, and they picked us, because we both stand for great customer service and quality,” Impossible Burger chief operating officer and chief financial officer David Lee tells CNBC’s Make It.

The entrée is served with two patties and smoked gouda and, for now, it is only available for business class customers.

“We wanted to make sure it was high quality for our first international flight, and it’s limited now to control numbers to prepare for each flight,” Lee says.

The Impossible Burger, which debuted in 2016, cooks, smells and tastes like beef from cows using an iron-containing molecule called heme, derived from soy plant roots. The ingredient was officially approved by the Food and Drug Administration (FDA) in July 2018. Bill Gates is an investor in Silicon Valley-based Impossible Foods.

The Impossible Burger is now available in nearly 2500 restaurants throughout the United States and, announced in April 2018, it is expanding to 40 locations in Hong Kong.

Impossible Burger will be served on Air New Zealand until October.