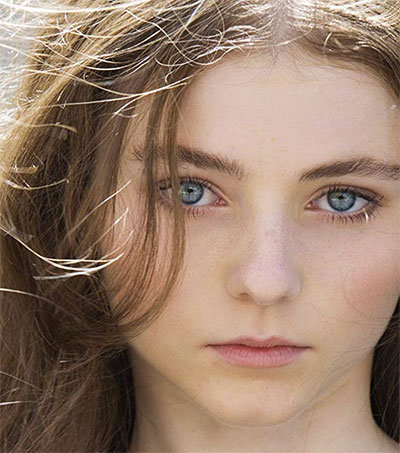 Wellington-born actress Thomasin McKenzie, 18, star of Leave No Trace, recently attended the AFI Fest in Los Angeles, where she joined a panel to reflect on life in independent film.

The Hollywood Reporter’s Scott Feinberg moderated the roundtable, which also featured Willem Dafoe (At Eternity’s Gate), Richard E. Grant (Can You Ever Forgive Me?), Kathryn Hahn (Private Life), Felicity Jones (On the Basis of Sex), Joanna Kulig (Cold War), Rosamund Pike (A Private War), and John C. Reilly (The Sisters Brothers and Stan & Ollie), all of whom spoke passionately about their new films and candidly about their past ones.

McKenzie told the audience she submitted herself for Leave No Trace by sending director Debra Granik an unconventional statement of self in addition to a self-tape.

“I sent over a video that I filmed with a GoPro of the native New Zealand bush,” the 18-year-old actress said. “I just went on a run on the track right by my house, with my dog following behind me. I was holding the GoPro in my mouth and was running through the bush. It was a weird self-portrait of myself, but of just what was around me.”

McKenzie is currently filming Lost Girls, an upcoming American drama mystery film, directed by Liz Garbus. McKenzie dropped out of Top Gun: Maverick to work on the production, in which she will star alongside Amy Ryan.