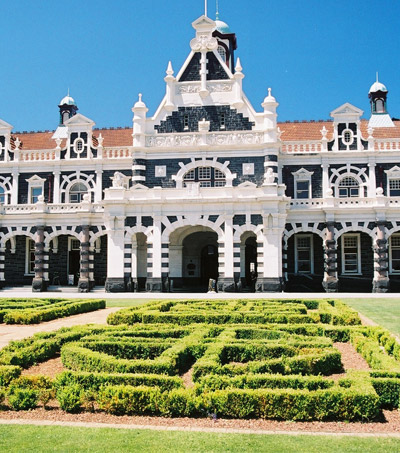 A Slice Of Scotland In New Zealand

“If there is a city in New Zealand that can lay claim to Scottish heritage, it’s Dunedin. Even its rugby team is called the Highlanders,” writes Richard Pennick, who delved into Dunedin’s cross-cultural past and shared his experience in an article for The West Australian.

“The city’s solid stone buildings and towering Gothic churches bear witness to the founding fathers’ Presbyterian and Anglican ethic. There is also a statue of Robbie Burns opposite St Paul’s Cathedral on the central Octagon plaza, and the city hosts an annual Highland Games,” he writes.

“The first Scottish immigrant ship sailed into Dunedin’s Otago Harbour in the late 1840s. A new city spread quickly up and across the steep harbour hillsides.”

Pennick describes the 1906 railway station’s architecture as eye-catching and its interior as beautiful. The Toitu Otago Settlers Museum, next to the railway station, “records the European settlement of the Otago region with a thousand portraits which stared back at us from the photographic collection.”

“Behind the museum is the strikingly beautiful Dunedin Chinese Gardens. Reflecting nature in a miniature setting, it is a peaceful place to sit awhile,” writes Pennick, who also recommends Dunedin’s Public Art Gallery on the Octagon – “one of New Zealand’s finest.”

As part of his trip Pennick also visited the sleepy artist community of Aramoana and the historic town of Lawrence where he visited the Miner’s Memorial Museum.

“Returning to Dunedin, we re-crossed the Clutha River on the 100-year-old Tuapeka Mouth Punt for the four-minute trip. The river valley road took us back to St Clair Beach and, on our last evening, we sampled Speight’s draft beer with our coriander-crusted bigeye tuna loin at the Esplanade Restaurant on Forbury Road. Not bad at all,” he writes.