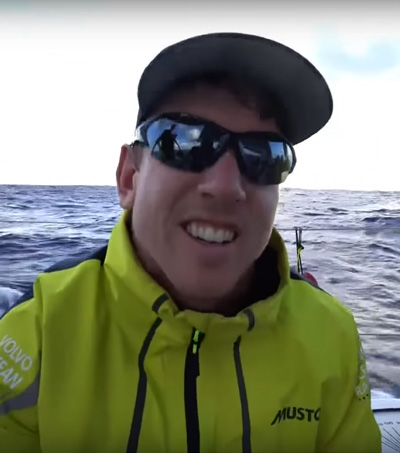 “America’s Cup winner Peter Burling has been named ISAF Rolex World Sailor of the Year — only the second Kiwi sailor to take the prize more than once,” as reported in an article in Irish marine magazine Afloat.

Burling was unable to receive the award in person as “he’s currently busy on the deck of Team Brunel off the coast of North West Africa as the Volvo Ocean Race fleet slogs it out in the trade winds on their run south towards the doldrums.”

“It’s awesome.  It has been a really cool year up in Bermuda. It’s awesome to get that accolade,” Burling said after finding out about his win, as reported on Stuff.

“Thanks for all the support. Obviously it’s been an amazing year. There are so many people that have helped us and the team out along the way. I’m just a small part of a 90-person team and it’s just awesome what Team New Zealand managed to achieve.”

“Their first big strategic hurdle looms large in the first of several climate zone transitions the fleet will have to make on the way to Cape Town,” reports the article.