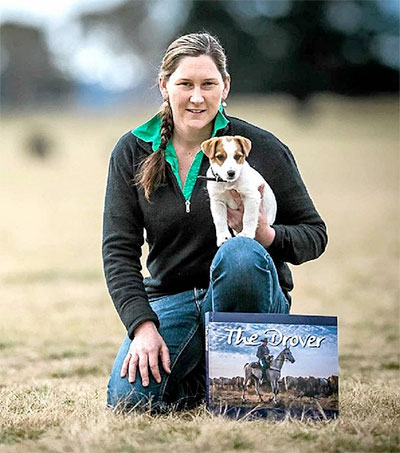 New Zealander Alice Mabin is as comfortable on the back of a horse as she is behind a camera and is living her dream in a world where those two loves collide, battling the elements of outback Australia in a bid to capture the essence of her adoptive home.

Just months after purchasing her first camera, Mabin resigned from her high-paying job and took a chance at making a living out of stock stud photography and marketing.

When looking for something to fill her first weekend as an unemployed person, Mabin learned one of Australia’s biggest ever herds of cattle was making its way through Roma, South West Queensland, where she was based at the time.

She seized an opportunity to be part of an historic moment in our country’s history and approached one of the drovers. Proving she was a country girl and knew her way around a horse, Mabin was allowed to stay and capture the crew’s day.

Riding the high of her weekend, Mabin pitched a plan to follow the nine “mobs” as they drove the 18,000-strong herd to Hay, New South Wales, in 2013.

After about six months of capturing the mobs’ movements, Mabin whittled 10,000 images down to 200. She has sold more than 10,000 copies of The Drover, making it an Australian bestseller.